The Kenley Airfield Heritage Trail is a fascinating tangent off Section 5 of The London Loop. A series of informative signs, on Kenley Common, that tell the story of this famous RAF station and its personnel. Visitor information is provided by the large Spitfire Wing signs at the entrances to the Common, while the smaller Hurricane Wing signs point out the heritage features remaining from WW2. Thirteen "tabletop" information panels tell the stories of the men and women who served at Kenley and the historic events which took place at this site.

The 2 mile trail takes you around Kenley Aerodrome, the only place within the M25 where you can experience the thrill of Gliding. 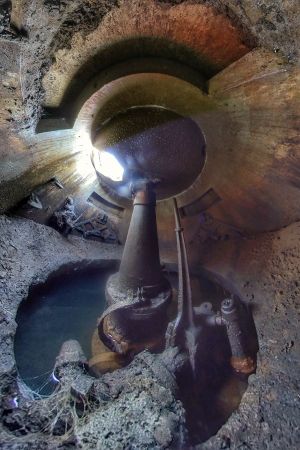 Inside the Kenley Pickett-Hamilton Fort 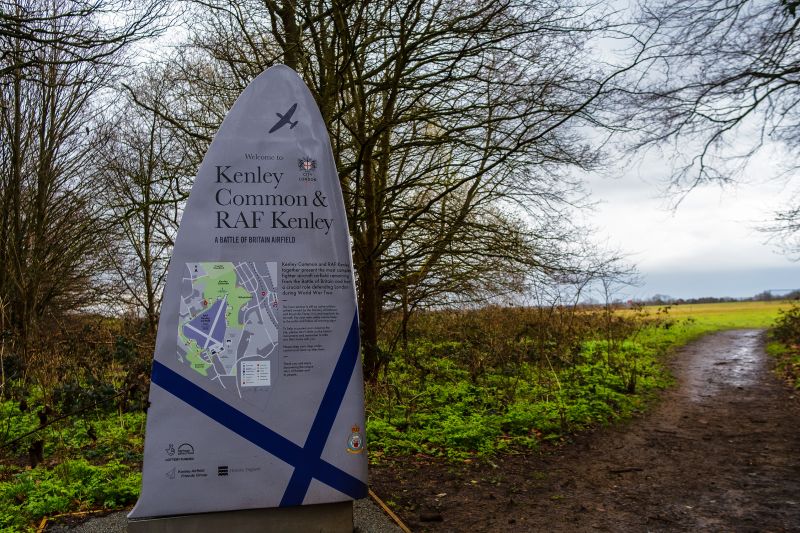 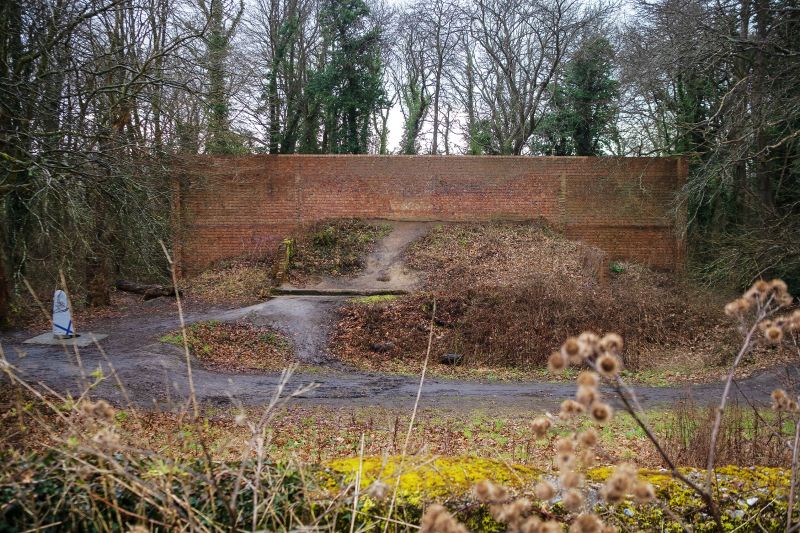 Next to the airfield itself are two Pickett-Hamilton Forts, these fascinating WW2 remains not accessible to the public due to the airfield being actively used by gliders.

The Pickett-Hamilton Forts, commonly known as "Pop up Pill Boxes" were designed for airfield defence. The concrete structures are sunk into the ground to not obstruct the aircraft on the airfield. In the event of an attack the fort could be raised and manned by two or three men armed with rifles or machine guns. One of the forts remain intact and contains its original hydraulic system. It is however waterlogged and arguably unnecessarily as a form of defence for a Greater London Glider airfield during peacetime.