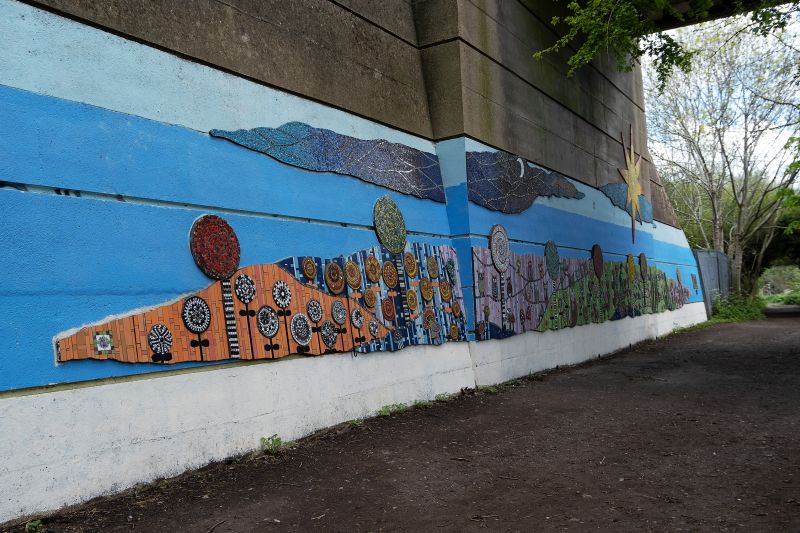 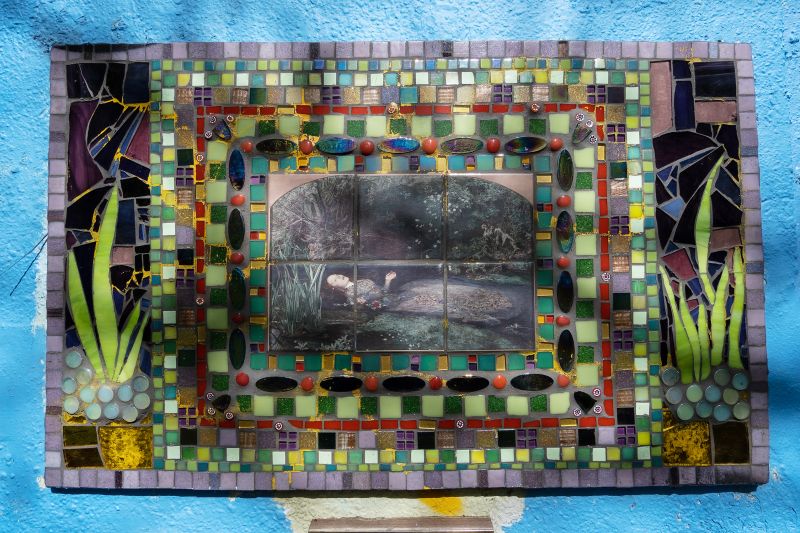 Crowdfunded project by Save the World club  (SWC).

The plan was to transform a graffitied archway in Malden Manor by installing a vibrant mosaic mural designed & created by the local community.

The dazzlingly 15 meter mosaic was officially opened by Thay Thayalan Mayor for Kingston in March 2019.

The mosaic was made exclusively from recycled materials donated by businesses, shops and residents, and SWC secretary Dr Tariq Shabbeer.

People from across the Malden Manor community contributed to the mosaic, from schoolchildren to inter-faith groups.

Ms Porrelli said: “It has been an incredibly positive experience for me.

“I’ve had lots of little kids coming down saying, ‘Oh my god that’s the bit I did in school!’ and just being really proud of it.”

Ms Porrelli invited all volunteers to contribute their own ideas for the mosaic, then pieced them together to create a spectacular woodland scene with foxes, owls, butterflies, a fierce sun and a shimmering moon.[1]

The mosaic can be seen whilst walking Section 8: Ewell to Kingston Bridge of the London Loop.

Retrieved from "https://londonnationalparkcity.wiki/index.php?title=Malden_Manor_Mosaic&oldid=2565"
Categories:
This page was last edited on 12 May 2021, at 16:04.
Privacy policy
About London National Park City Wiki
Disclaimers