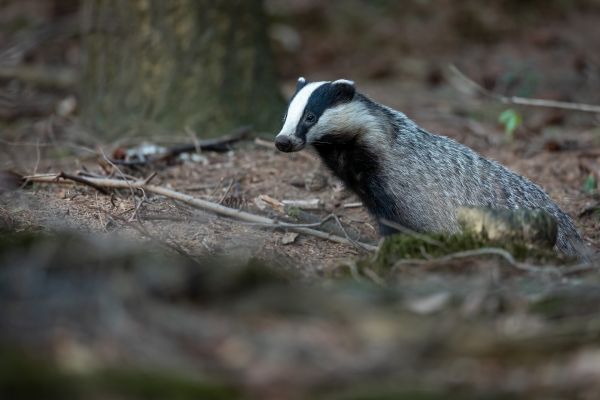 Badgers are protected in the Uk under the “Protection of Badgers Act, 1992, and the Wildlife and Countryside Act, 1981.

Badgers are one of the most well-known species in Britain. They are the UK’s largest predator, feeding on small mammals, birds eggs, worms, fruit, and plants. Badgers live in burrows (also known as ‘setts’) with their large family group. They have black and white stripes, and strong front paws to dig burrows and look for food. Even though cubs are born in January or February, they spend the first couple of months underground and start to come out in spring, when it is warmer. Badgers are widespread around London’s outer suburbs, being spotted in cemeteries, allotments, on waste ground, and railway edges, as well as gardens. In some parts, they are even common! Studies show that urban badgers differ from country ones. For example, city badgers usually have smaller family groups (5-6 individuals), while rural badgers are composed of 30 individuals. Urban badgers are also larger than their rural relatives.

Badgers can eat several hundred earthworms a night! Also, they are one of the only predators of the hedgehog.