10 Things to Enjoy in Wimbledon

Get lost on Wimbledon Common

At over 1000 acres Wimbledon Common is the largest tract of heathland in London and merges with Putney Heath to the north and Richmond Park just across the A3 to the West. A maze of tracks ideal for walking or cycling...walk up to King's Mere lake and see if you can spot a heron or an egret. Keep an eye out for people riding out from Wimbledon Village Stables or hitting out from Wimbledon Common golf course.  Several golf courses connect to the common. There is a footpath that runs through the Royal Wimbledon Golf Club which takes you to Caesar’s Camp, which is an Iron Age hillfort, built around the 5th century BC and later stormed by the Romans.

Once the formal gardens of a country house (originally known as Warren House - now a hotel) Cannizaro Park is a 35-acre assortment of exotic trees and shrubs split into six gardens - Mediterranean Garden, Azalea Dell, Rose Garden, Italian Garden, Sunken Garden and Water Garden. The house and gardens were sold to Wimbledon Borough Council in 1947. The London Borough of Merton sold the house in the 1980s and it was subsequently converted to a hotel. The surrounding gardens remain in council ownership and are open to the public. Visit in early Summer to see rhododendrons, camellias and azaleas in bloom, but stunning in all seasons.

Beverley Brook is a minor English river 14.3 km long in southwest London. It rises in Worcester Park and joins the River Thames to the north of Putney Embankment at Barn Elms. Walk or cycle along the River on the Western edge of Wimbledon Common, cross the A3 into Richmond Park and continue to follow River through the Park. In the warmer months its great for a picnic and paddle.

One of the National Trusts main London properties, this tranquil former deer park is one of the few remaining estates that used to line the River Wandle during its industrial heyday. The National Trust has renovated the western mill, and it's now used as a learning centre. Other buildings are used as workshops, cafes and for exhibitions – there is always something going on! There’s a great garden centre on site, and the park itself is a great place to spend a relaxing few hours – running water, birdsong and a stunning new boardwalk.

The first Thai Buddhist temple built in the UK, Wat Buddhapadipa was inaugurated by the King and Queen of Thailand in 1966 and can be found a couple of streets east of Wimbledon Common. The temple, affiliated with London’s Royal Thai Embassy, was originally in East Sheen before moving to its current site in 1976. There are resident monks and nuns, but visitors are welcomed to explore the temple and its wooded grounds - a haven for wildlife. There’s a lake and stream for a few minutes of peace, while the main temple has beautiful interiors.

Jump on to the Wandle trail, on foot our on your bike, behind Haydon’s Road Recreation Ground and follow the River and the trail North to Earlsfield. Pass by the Wandle Meadow Nature Park and finish up at Garratt Park. Get a different perspective on the area, checking out the back of old factories, allotments and back gardens.

Laid out right at the end of the Victorian era (1901) and restored in 2009 with a grant from the Heritage Lottery Fund, South Park Gardens in a 2.4-hectare formal park with a strong friend’s group that always wins the Green Flag. The park has a great summer fete and an always sold out November fireworks display. There is a kiosk and community centre in the park – you can support the independent coffee shop Bliss in the Park or join a host of weekly classes that run in the park – from pilates, yoga, art classes, reading groups and calligraphy. A destination for many young families in the area!

One of London’s oldest City Farms. Established in 1978 on a plot of land where the Phipps Bridge Estate now stands, Deen City Farm has educated the local community for almost 35 years. The farm moved to its current 5-acre plot in 1994, the land that the farm is built on is part of The National Trust’s Modern Hall Park and is supported by the London Borough of Merton. Go visit, see the animals or book a riding lesson.

Named after Merton Priory, one of the most important monasteries of the middle ages, built in the early 12th century. The priory was surrendered to the crown in 1538 during the Dissolution under Henry VIII. Although most of its buildings were demolished, some remain standing today. By 1600, textile mills were attracted to the River Wandle, not only as a source of power but also because of the special water quality – as a chalk stream the water was ideally suited to the washing, dyeing and printing of textiles. By 1792 over a thousand people were employed by the various print works or associated businesses in the area. While other parts of the UK dominated in terms of mass production, the Wandle Valley led in terms of quality and innovation. William Morris, the artist, poet, writer, philosopher and social activist had his textile design and printing company at Merton Abbey Mills from 1881 to 1888. Left derelict for nearly twenty years it was restored in 1989 as a visitor centre, arts and crafts market and venue for cultural entertainment and is one of South London’s major regeneration successes.

Arguably Wimbledon’s most sporty park. Located next to the All England Lawn Tennis Club, Wimbledon Park includes a large lake where many children learn to sail, athletics track, play areas, tennis courts, beach volleyball areas, paddling pool and adventure golf. Walk through the park when Wimbledon tennis is on and mingle with the people camping in the queue. 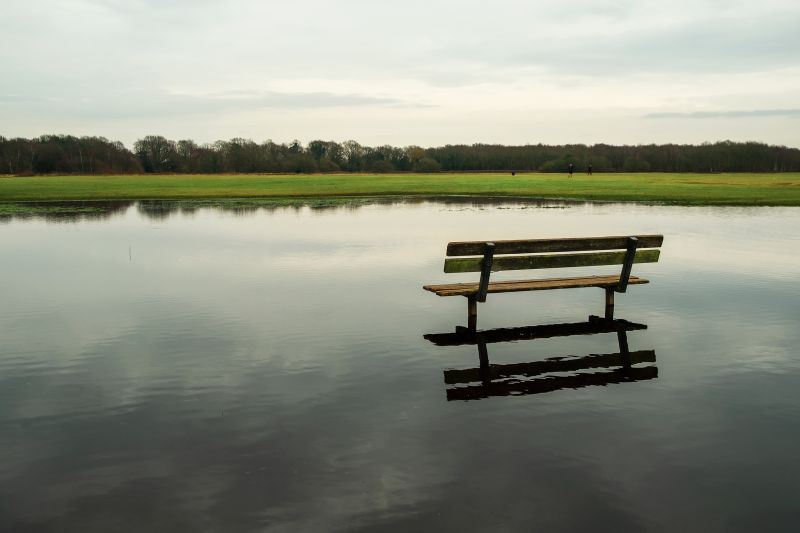